Animations are added to the entire row as seen in the screenshot below.

Select elements you want to include 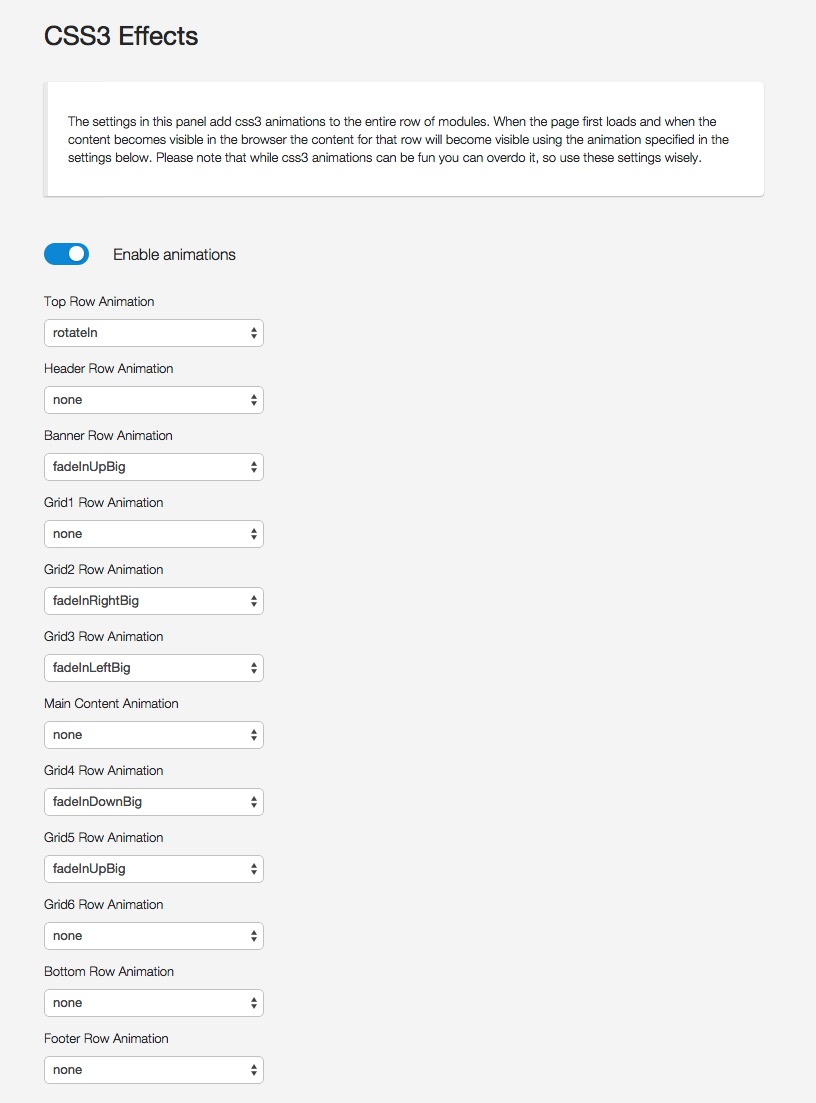 Zen Grid Framework v4 themes are based on a system of rows of grids. The settings for the animation effects refer to the row of modules found in one grid. You can see the grid row and their respective module positions below:

Adding, removing or adjusting an already assigned animation requires that the less files be recompiled to css. The animate.css library adds a lot of page weight if the entire library is included so we only include the required animations based on your settings.

Wow.js is used to trigger the animation events. Visit website

The wow.js file can be found in the js/libs/ folder.

The animate less files can be found in the zen/libs/zen/animate folder.