The row animation makes it possible to reveal content on the page via the use of fancy effect such as bounce in, fadeIn etc. Content for each row is revealed when it becomes visible - either on page load or as the user scrolls.

The row animation setting can be found in the effects group, in the style tab for the row setting that you want to target. 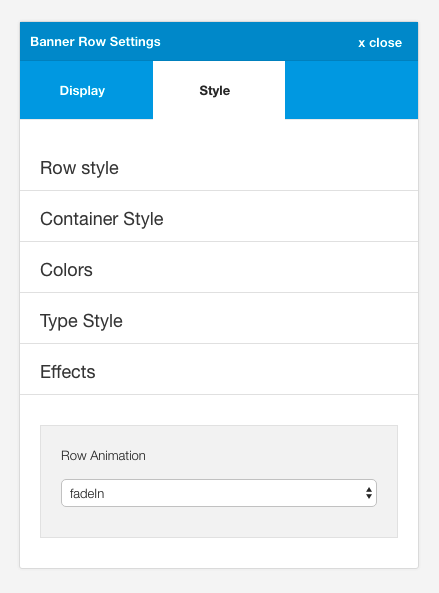 It is possible to add effects to specific modules in the template using the builtin effects system. To do this though you need to follow these steps:

After following these steps you should see the fadeInUpBig animation applied to the module in question.